And Shakey said there were seven ages of man. I think the real rites of passage that mark out a life are that first you go to kids’ parties (once just sarnies, jelly, ice cream; now more about competitive merchandising), then it’s graduation bashes, then weddings, maybe christenings or ‘baby showers’ (for those permitted to breed, he said, without a hint of bitterness), and I’m now at the stage where it’s increasingly what yer man Joyce called ‘funferalls’.  So far, somehow, not my own.

A month ago we had a religious service for Jinty and this week we just dispatched George, an octogenarian artist and designer. The dog collar was not a sign of worse to come as it was a pretty agnostic affair and the vicar ended by quoting one of George’s favourite comedians in saying, and may your god go with you.

As well as a fondness for life drawing, the Goons and Dave Allan, George and I shared a liking for jazz, particularly ‘Sassy’ Vaughan and Jimmy Giuffre, and I played a small part in the final farewell by being able to tell them that the track to which he wanted us to enter the chapel, the opening piece of the movie Jazz on a Summer’s Day (they’d lost the video I gave him), was The Train and the River, as performed by Giuffre, Brookmeyer and Hall. And I think I rose to the occasion, guests having been asked to wear loud ties … 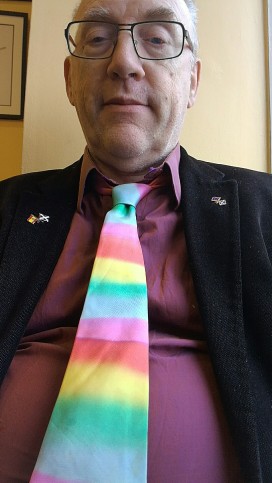 It all makes one think how one would like to be seen off.  I can’t deny that I’d agree with my Dad (a natural nihilist if ever there was one, even though he probably wasn’t familiar with the term), who when asked said, “I don’t care, I’ll be dead”. But I do wonder how one would conduct a (Zen) Nihilist funeral, other than gathering everyone together and saying, He’s gone, they’re open, there’s money behind the bar.

As Mr Khayyam put it (and this might make a good reading, if you must have one):

And, as the Cock crew, those who stood before
The Tavern shouted — “Open then the Door!
You know how little while we have to stay,
And, once departed, may return no more”.

I’ve often thought about the music for the last waltz. For a long time I said I’d like Long Haired Lover from Liverpool by Little Jimmy Osmond, because I hate it and only the reluctant mourners (as folks’ll only come to mine to make sure I’m gone anyway) would have to suffer it. But then I thought it was not only not nice, but what if there not only is a nafterlife, but it’s one in which you have to listen to your funeral playlist on a loop for ever?

I considered one of Dickie Strauss’s Four Last Songs, but that is apparently the most popular choice for gay funerals, and my aversion to the road most trampled extends even to the clichés of other ‘communities’. So maybe Dido’s Lament (alias When I am laid in earth; and, let’s face it, it’s the only way in which I’m ever likely to get laid) would come under the heading of ‘the only thing likely to make anyone shed a tear on that occasion’.

But I heard Carl Nielsen’s Helios overture on the radio the day before George’s last ride, and I thought the slow beginning, glorious sunrise and peaceful ebbing away might be a good thing to expose those celebrating getting shot of me to some culture and stir their souls — and maybe fool one or two into comparing my life with that glorious arc of song, distracting them from the slow drag through the mud that would be a far more apt metaphor. So until I discover a piece called Sludge, I shall maybe write that into my instructions…

At least I’ve done all my shopping for Christmas … 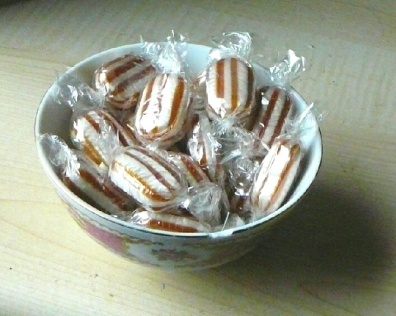